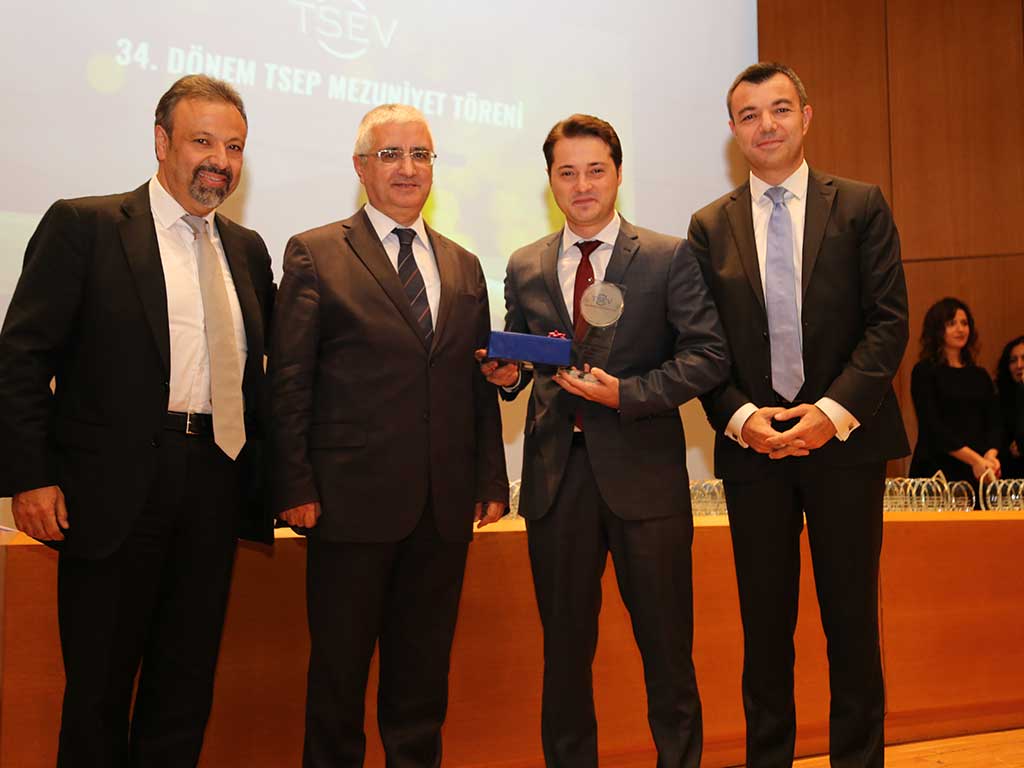 The Graduation Ceremony of 34th Term Basic Insurance Training Programme was held in Milli Re Conference Room on October 17, 2017.

Ceremony started with the speech  of Mehmet Kalkavan, the director of TSEV, and then continued with speech of Ahmet Genç. Highest ranked participants took their prizes and the other graduates of the programme took their plaques and their certificates.

About the Author: Melike Yadigar